What is an Externality in Economics ? 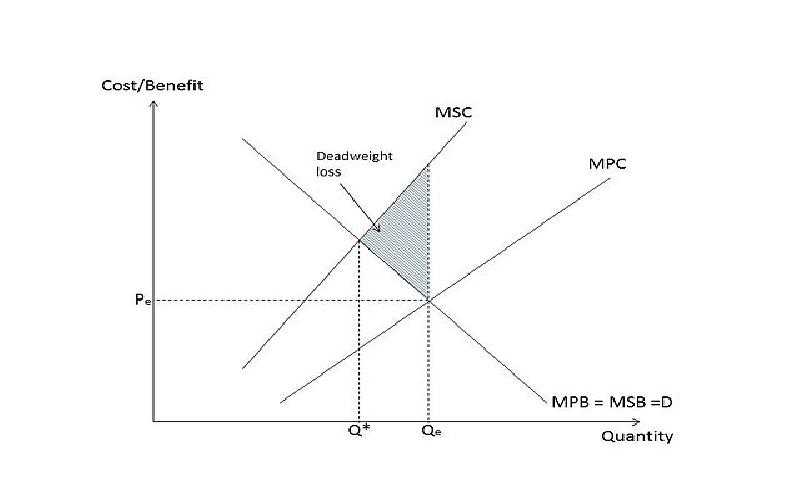 Externalities are social costs and benefits that are not internalized by market price. These costs or benefits on society make the free market process inefficient, and constitute market failures, thereby justifying government intervention in markets. Governments can deal with them by taxes, subsidies or quantitative restrictions on production.

An externality is a cost or a benefit arising from the production of consumption of a good to a person other than the producer or consumer of that good. It is not internalized into the price of that good, hence called an externality.

The Price Internalizes the Costs and Benefits

The Social Cost vs. the Private Cost

The cost that is borne by the producer or the supplier of that good is the private cost of that good.

For example, if a producer employs capital and labor in a factory to produce that good, the payments made by it for that labor and capital will be the private costs. However, if the factory causes pollution of the air which causes asthma among local people living around the factory, the costs arising from asthma in terms of sickness and cost of treatment are costs that are not borne by the producer, but instead fall on third parties within the society. This is the social cost arising from the production of that good. The producer will be willing to produce the good if he can get a price that is equal to the marginal cost paid by him (his private cost), and will not be concerned about the costs falling upon other people. The social cost that is not internalized in the price is the Negative Externality of that good.

Implication of an Externality

How to Tackle Negative Externality

Positive Externality and Dealing With it

A positive externality would be one where the production or consumption of a good leads to certain benefits for other people in the society. An example would be immunization by a vaccine. When a person is immunized against an infectious disease, it reduces the probability of that infectious disease spreading around, which in turn benefits the whole society. This is a case of positive externality, which is also not internalized in the price. The consumer would be willing to pay only to the extent she gets the benefit, and would not be willing to pay on account of social benefit. Hence, the price would reflect only the private benefits, and ignore the social benefits or the positive externality. The best way to deal with positive externality would be to provide a subsidy on vaccines.
Externalities: A Case for Government Intervention

Externalities cannot be taken care of by the market. They are examples of market failure, which needs to be corrected by government interventions. One way to deal with externalities is by way of taxes or subsidies. However, there could be other options too, in the form of non-tariff barriers consisting of Licenses, in case of negative externalities, which restrict the production of polluting industry to a limit that is optimum for the society. 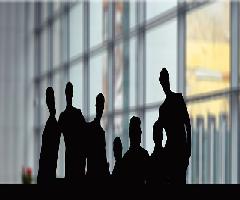 The word culture comes from the Latin word ‘cultus’, which means 'care'. It implies the shared beliefs, values, customs, practices and social behavior of people or a group. 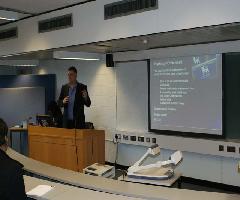 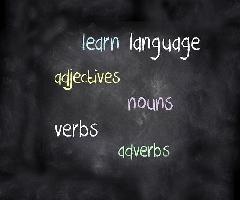 The Relative Importance Of Clauses In Business English

In the English Language, clauses have their own value and importance. Whether it’s general English or the use of English language in business communication, getting a better grasp of the variety of sentence patterns and the function of various clauses is of great benefit, as it not only leads a person to make effective sentence creation, but it also helps him to be a better communicator and a writer.