Labor Shortage vs. Supply and Demand

Differences between labor shortage and supply and demand 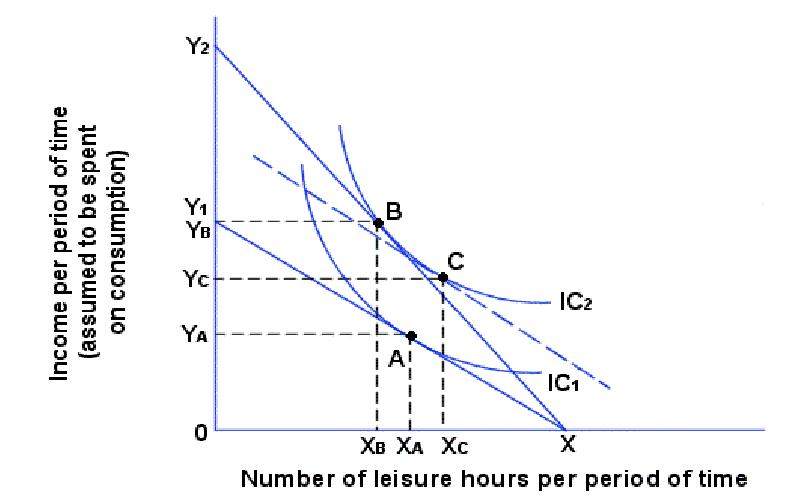 Shortage of labor and unemployment, both exist simultaneously in developed world, creating a theoretical enigma on one hand, and giving rise to strongly politicized debates on the other hand. It is often difficult to make out who is wrong and who is correct. As of now, debates continues...

On one hand there are arguments suggesting significant labor shortage in rapidly ageing populations of developed countries that is also blamed for shifting of industries to places with labor abundance. On the other hand, we also have rising unemployment rates in developed world, particularly after the recent financial crisis, which negates labor shortage argument. Which is more relevant?

LABOR SHORTAGE has become an issue of hot debate these days. It is an issue faced in the whole of developed world, but the nation where it generates the greatest heat is the United States. The debate has strong arguments, and both sides must be heard before any opinion is formed about them.

Many experts have been propagating the theory that United States is going to face severe labor shortage in coming years due to aging population and changing demographic profile. The primary reason forwarded for this situation is that the baby boomers, those born between 1946 and 1962 will soon be retiring and the next generation, often referred as baby-bust cohort that is currently aged between 23 and 37 years, is actually smaller in number by almost 16% compared to its predecessors.

This will mean a significant labor shortage.

It is also argued by some that as economy grows the demand for labor will actually grow, while the supply will be falling in view of demographic changes, so the shortage of labor will actually be even more severe. A third argument can also add that due to aging of population, the consumers will continue to grow while workforce will shrink. Rising consumption will raise the demand while the falling workforce will lead to fall in supply.

One important deduction drawn from the projection of labor shortage is that the United States need more workforce to maintain the economic growth it is used to. This becomes a standard argument to liberalize entry of immigrant workers. In addition, it is also an argument that would create an illusion that there is no dearth of jobs, and so undermines the protests of labor unions and unemployed.

However, one actual implication of labor shortage that has not been publicized is that labor shortage leads to rise in wages. On one hand, this improves the condition of workers, but on the other hand, this wage-rise leads to rise in cost of production that gets reflected in rising prices. Rising prices can either lead to inflation if the economy is closed or lead to fall in exports and rise in imports if the economy allows free trade, thereby causing rising trade deficit, as is exactly the case with United States today with burgeoning deficits and a falling dollar.

Politics Interests in Highlighting these Arguments

The corporate management attempts to highlight the arguments suggesting labor shortage, due to its interests in availing the privilege of immigrant labor at lower wages, which helps them boost their profits. Other corporate may wish to do so to create an illusion of excessive jobs that blurs the impact of major downsizing that they may be planning to undertake. Exporting sector needs to compete with the rest of the world, and hence needs cheap labor, so it also promotes the argument of labor shortage.

Many experts dispute the theory of labor shortages as a fallacy. Their major argument is that if there are lesser workers, their wages will grow. As wages grow, more people will join the workforce from the retired pool, students and housewives. On the other hand increasing wages will reduce the demand as the producers will try to shift to more automation that requires lesser number of workers. This will reduce the demand. Thus on one hand the demand will fall, while on the other, the supply will rise, and as a result there will no labor shortage.

Some also dispute the fact that baby boomers will all retire, because as the life expectancy rises many workers may continue to work beyond 65 years. In such a case the demographic impact may not be felt at all.

Politics Interests In Highlighting These Arguments

This group of arguments are favored and propagated by association of workers, unions and sympathetic media, in order to shift the public opinion against liberalisation of immigration policies. As most of us work somewhere or the other, mostly for another person, people tend to be more sympathetic to their welfare.

Demographic changes are a reality that confronts most countries. Europe and Japan are already in the middle of these changes and already facing the heat. In Japan, the workforce has been shrinking since 2002, while now the population is also falling. There can be little doubt that the availability of total workforce will be lesser than that available now. However, the net impact may not be as severe as predicted, for the next few decades.

It is also a well expected phenomenon that as productivity of labor increases, the demand for labor will fall, even when the economy is growing. It is now widely accepted that in the last few decades, most of the economic growth has resulted from rising productivity. Between Second World War and today, American economy grew eight times, but the workforce only grew twice.

Supply and demand adjustments are bound to take care of the problem of labor shortage, however, the impact of rising wages on costs, imports and trade deficit is also undeniable. As prices of locally produced products rise, local manufacturers will shift to other countries with cheaper labor. This 'flight of jobs' is likely to contribute in negating labor shortage, but it will have negative impact in the growth of American economy, balance of trade and overall welfare of people.

Thus, different interest groups propagate different theories, most of which are not exactly correct. Yet they all have a point. We need to take all of them into account and then only form our opinion.

TAGS : labour shortage labor shortagelabor supply and demandlabor dynamicschallenge of labor shortage unemployment
Let us know how you like this article. Like it and Rate it below.
424 2
2
Thanks for rating this article
5 stars - by 2 user(s)