Declining Trade and the U.S. Smoot-Hawley Tariff Act as One of the Main Causes of the Great Depression 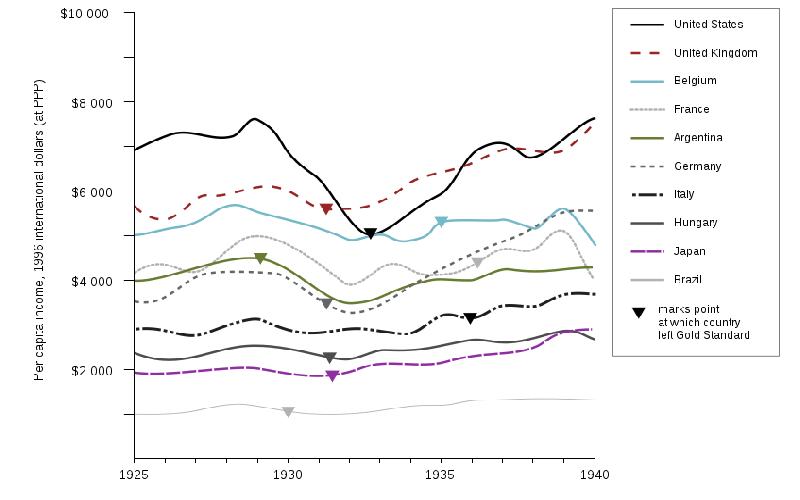 The US Smoot-Hawley Tariff Act is a useful case study in understanding how political opportunism can play havoc with economic decision making. This Act ended up worsening the crisis further, laying down important lessons about what the policy makers shouldn’t do.

The decline of international trade as a result of U.S. SMOOT-HAWLEY TARIFF ACT of 1930 actually worsened the impact of Great Depression that had begun with the stock market crashes of October 1929. Many blame it for bringing the already staggering U.S. economy to a complete halt, while holding it as an event that exported Great Depression to the rest of the world.

The Great Depression: How It Happened

The Great Depression began on October 24, 1929 with a sudden fall in stock prices. By October 29, it became a CRASH when after a 12% fall in stock prices the previous day, the stocks again fell by 13%. Thereafter, they kept falling till 1932, resulting in an almost 89% fall from the pre October 24 values.

The crash of stock prices began a chain of events that disturbed the whole economy.

Sudden loss of wealth resulted in bankruptcies of individuals and companies who had heavily invested in the stock market. These bankruptcies badly affected some banks that had extended debt to such investors, leading to bank crisis. Once their woes became known, depositors hurried to withdraw their money, resulting in BANK RUN. Banks were unable to get the cash immediately and were forced to close down. As the news of banks defaulting spread, panic arose and even banks that were not affected otherwise begun to face crisis.

As banks were no more willing to extend further debts, it became extremely difficult to get loans or capital for carrying on business. As people lost wealth and spending dropped, prices fell from 1930 onwards, leading to fall in profits and closing down of businesses. Jobs were lost and economy stagnated. These downtrends in all economic spheres continued in spite of several government interventions till 1939, when the Second World War suddenly forced the government to spend on a big scale, and gradually the economy came back on track.

This piece of legislation came into being by the signing of the law on June 17, 1930. It raised U.S. tariff on over 20,000 imported goods, and began an international tariff war that resulted in everyone being a loser.

The act was the brain child of Senator REED SMOOT, a Republican from Utah, and Representative WILLS C. HAWLEY, a Republican from Oregon. The legislation was largely a result of political urges of protecting domestic farmers against the onslaught of farm products from Europe where farm production resurged after the First World War. The cheaper imports lead to falling farm product prices at home, putting the livelihood of millions of farmers in jeopardy.

Earlier, during his election campaign in 1928, President Hoover had promised to help domestic farmers by raising tariff on farm products. However, once the process of tariff revision began, it engulfed the whole spectrum of traded goods, as good economic sense was largely sacrificed on the altar of political expediency. Before 1930, President Hoover had called for lowering the already high tariffs imposed by the Fordney-McCumber Tariff Act of 1921. However, once the Congress passed the Act sponsored by Smoot and Hawley, President Herbert Hoover also signed it.

This Act increased tariff on almost all goods from around 25% to above 50%, perhaps the largest ever in the history of United States. This had severe repercussions in the form of retaliatory higher tariffs imposed by other countries. As tariffs increased, international trade fell drastically. It also impacted U.S. businesses and exporters thereby further aggravating the already deteriorating situation.

The U.S. economy was already in difficult crisis, even before the Smoot- Hawley tariff act came into being. Thus it was not the primary reason for the Great Depression. However, there is little doubt that it worsened it, in the process converting a medium term financial crisis into a long term trade and economic crisis that took over ten years to get normalized.

Following this Act, the U.S. imports from Europe fell from a 1929 high of $1,334 million to around $390 million in 1932, while U.S. exports to Europe declined from $2,341 million in 1929 to $784 million in 1932. After the First World War, the United States had already become an important growth engine of the war affected world. Increased tariffs there seriously hampered the global trade. As a result, world trade declined by 66% between 1929 and 1930. 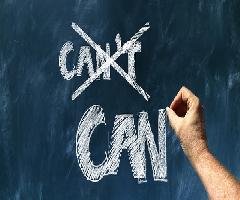 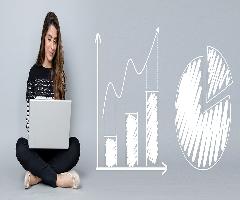 What Is A Unit-investment Trust Fund And How To Invest?

Most of the features of UITF were already discussed under Pooled and Mutual funds. What I want you to know more is the difference between the types of pooled funds. 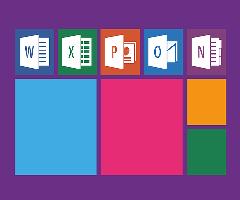 Microsoft Excel has a great application in Financial Accounting. A lot of tasks can be accomplished by using Excel efficiently.