Debt as One of the Main Causes of the Great Depression

Role of Speculative Debt in Great Depression of United States 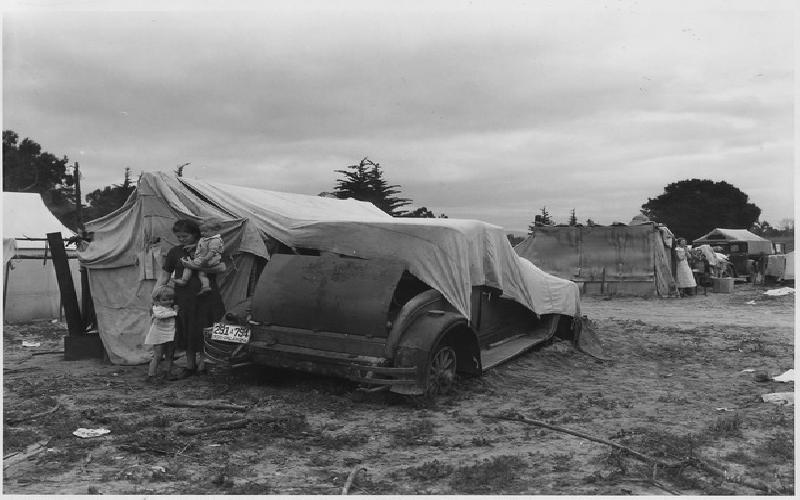 Speculation in financial assets and transactions is always a game full of risk. The reason why financial analysts who ought to know this better than us, still indulge in such risky games, is because of the asymmetry in profits and loss sharing. While the profits are garnered by private parties, the losses are finally borne by the taxpayers and ordinary people!

The Great Depression of the 1920s has suddenly become very relevant. In many ways, it was our first major tryst with the uncertainties of free market, and the way it can deceive and fail. Even though we may not fully understand them, it is worth looking into the sequence of events that lead to this painful recession.

Debt is considered one of the primary culprits of the GREAT DEPRESSION of 1930s, the era of severe international economic recession that brought millions on the verge of destitution, destroyed wealth and put a near halt to the economy. It began with United States, which remained one of the worst affected countries of that depression.

The Great Depression: How it Happened?

It all began on October 24, 1929 when after a prolonged era of stock price rise, the stock prices suddenly fell. It became a CRASH by October 29, when after a 12% fall in stock prices the previous day, the stocks again fell by almost 13%. Thereafter, the free fall continued unhindered till 1932, resulting in an almost 89% fall from the pre October 24 values.

The sudden loss of wealth resulted in many bankruptcies of individuals and companies who had heavily invested in the stock market, often beyond their actual means, in the hope that markets will only go up.

These bankruptcies badly affected some banks that had extended debt to such investors, leading to crisis in their own ranks. As their problems became known, depositors hurried to take out their money, and that is what resulted in the BANK RUN. Banks, who had given long term loans to individuals and businesses were unable to get back the cash immediately and were forced to close down. As the news of banks defaulting went around, panic spread and people took their money out even from the banks that were not affected otherwise.

This chain of banking crisis affected around 11000 of the total of 25000 private banks existing in United States at that time. The severe cash crunch meant that banks were no more willing to extend any further debts, and it became extremely difficult to get loans or capital. As people lost wealth, the spending dropped drastically, leading to a significant fall in prices 1930 onwards. Falling market prices and stagnant inventories lead to fall in profits and many businesses closed down. The trend continued as jobs were lost and economy stagnated. Having lost faith in banks, people kept cash in homes, and very little liquidity was available to push the economy.

These downtrends in all economic spheres continued in spite of several government interventions till 1939, when the Second World War suddenly forced the government to spend on a big scale, and gradually the economy came back on track.

The origin and sustenance of Great Depression revolved around debt. Debt was responsible primarily for causing the initial asset bubble in the form of persistently rising stock prices till October 1929. The persistent rise in prices lead to multiplication of wealth and an economic boom, but more importantly, it encouraged irresponsible speculative investment in stocks. Once the stock prices reached a limit they could no more sustain, profit booking became the norm leading to market falls.

There is an important relationship between money supply and prices. When money supply increases, prices of commodities rise because people have more money to spend. However, soon the prices stabilise at a higher level corresponding with the level of higher money supply. If the money supply continues to rise, the prices also keep pace resulting in inflation.

However, in times of asset bubble, a different kind of rise in money supply takes place, in the form of loans from banking institutions that are invested in assets. During this vicious cycle, when someone books profit, it is sustained by another investing with borrowed money. Often, as the returns are high, financial institutions extend debt far beyond their capacity, in an attempt to maximise their profits. As the asset prices soar, rising valuation of assets create increase in wealth that can then be mortgaged to borrow further. This is a peculiar rise in money supply that is diverted to assets increasing their prices.

To understand this phenomenon, think about this if you know or expect that the price of a stock will rise the next week, you will borrow money even at a high cost to buy it, and sell it after a week to make a profit. This additional money borrowed will not be spend on consumables, so their prices will not be affected, but your demand for stocks will increase its price. Thus, the increased liquidity from debt raised to finance assets only leads to asset bubble without causing inflation. That is exactly what happened just before the October crashes of 1929.

Once the stock markets crashed, leading to bank run, the economy ran out of liquidity, as neither people had the confidence to park their money in the Banks, nor Banks were willing to extend debt to the businesses. The falling prices seriously affected consumption, as people began postponing purchases in the hope that prices will fall further. Deflation set in along with an economic recession and rising unemployment. All this was a result of fall in debts extended and sought.

The Great depression was not the first instance of speculative debt lead rise of money supply causing asset bubbles which burst one day to leave the economy in a lurch that took many years to recover. It happened in Japan in early nineties and in South East Asia later in that decade. To some extent it has happened with every other economy as well. This is the reason why regulation of financial institutions and their health and maturity is of such great importance in sustaining the economy. 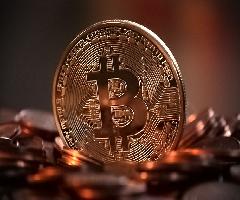 8 Ways To Earn Money With Bitcoin

The article informs the reader's significant ways of earning money with Bitcoin as a trending currency of the moment. There are various online ways that the starters and pros can learn from this article to earn bitcoin money.. 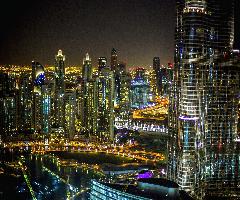 How To Start A Business In The Middle East? - Things To