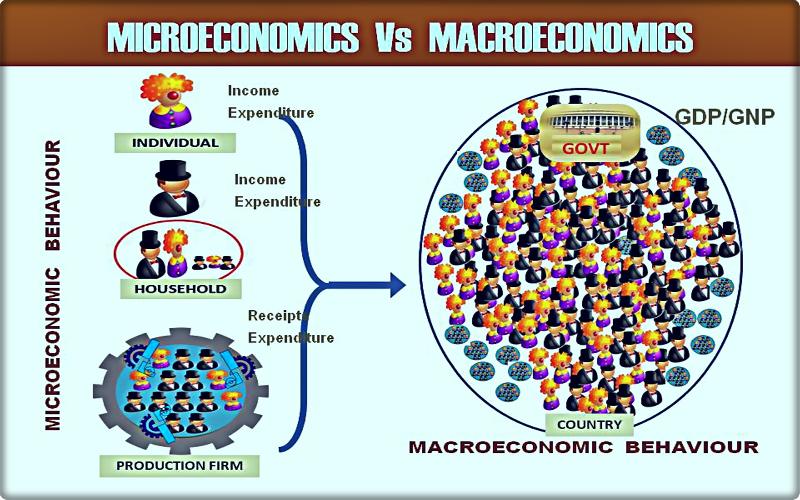 Though economic actions intend to make us better off, it may not happen every time. This dichotomy between objective and results, or between theory and observations, can be best understood by the distinction between microeconomics and macroeconomics. Macro view of economy is complicated by monetary and fiscal policies as also international trade, which significantly impact final economic outcomes.

The Principle of Diminishing Utility explains why different units of the same good can have different value for the same person.

Since cost and value are more subjective and hence difficult to measure, for the general measurement of economic activities, one has to largely depend upon the price of goods, which provide a more objective and easily quantifiable measure. This creates a wedge right at the outset between the economic theory and the quantifiable observations that one can get in real life. In many ways, this also creates a difference between microeconomics and macroeconomics.

In economics, we can either have a micro view, or a macro view, depending upon whether we are looking at a single economic agent, or a collective mass of them. The study of how an individual economic agent behaves constitutes Microeconomics.

The primary economic agent in every human society is the individual human being. It is the individual who consumes the final goods making her life better off. Thus, primarily the focus of microeconomics is the individual. However, this enquiry is not just limited to what she prefers and what she does not. Preferences are not the only reason or even the primary reason of what an individual would consume. For instance, a girl may want to buy a diamond necklace, but whether she can or not depends upon her all other needs over the period of her life and the resources in her possession, her level of regular income and the likelihood of her income during the rest of her life.

Microeconomic theory attempts to find out within the given budget level, what she prefers to consume. It also enables us to understand how an individual that largely depends on his labor to earn resources, exchanges his time and labor for money that he can use to consume things. It allows us to map the relative preference of economic agents for different goods and understand how the budget level, as well as the availability of substituted and compliments influence such preferences in real life.

In addition to individuals, there can be other economic agents formed collectively by a group of individuals. The two most common forms of such units that generally exist in all economies today are families and firms. Families often have a tendency to use their resources collectively sharing them together as per need of members, but otherwise their economic behavior, especially consumption is generally similar to that of their members. In addition, family is also a production unit, as a result of which the family behavior can sometimes vary from the purely consumption oriented behavior of its members.

Companies and partnerships are typical examples of production firms, where resources belonging to different individuals are brought together in a process of production. These factors of production are used to give rise to a product, a good or a service, which is accorded a higher value by the society than the factors of production taken up in its production, and this difference is usually represented in its profits. A firm is a profit maximizing entity. In other words, the only objective that usually drives a firm’s behavior is profit. It is this single minded and very clear objective that enables it to maximize economic efficiency. However, its lack of concern for everything else can also lead to greater externalities and environmental damage.

The macro view of economic activities can be taken at different levels, like a city, a province, a country, a region or the global economy. In each case, the macroeconomic view consists of the final outcomes from actions undertaken by a large collective of economic agents. In case of large economies, it can include very large number of individuals, households and production firms.

In addition to these economic agents, there is one more important player, whose actions and their impact one needs to take into account in the macroeconomic perspective. It is the State or the Government, which collects resources largely from the individuals and firms as taxes and then spends it to provide the public goods that justify its need and existence. The most important of these public goods are national defense, law and order, preservation of market efficiency by limited regulation and a certain degree of equity essential for sustaining social cohesion. Thus, the macroeconomic view of economic is an aggregate of all actions of the economic agents including the Government.

While microeconomics is important in terms of theory, macroeconomics is important because it is what we observe in real life. In the actual world, different individuals and economic agents can have differing preferences, and it is neither possible, nor useful to measure or analyze the economic actions of each economic agent. For instance, we know value and cost are subjective and differ from price, but in real life, it is not possible to measure the value of each different unit of a particular good for a consumer. So, we rely on prices as the best available proxy for measurement of both value and cost. Further, in macroeconomics, we take into account only the final products that are produced and consumed by the whole of economy collectively.

The macroeconomic measurements are usually not comprehensive or based on inclusion of each and every activity in the economy, but rather on the basis of sampling and proxies. Thus techniques of measurement and the quality of data that is to be used in such processes, becomes very important in macroeconomics.

We know from microeconomic theory what individual economic agents are likely to do in given circumstances, and that gives us a very precise understanding of how they will behave and how any intervention is likely to affect their actions, individually as well as collectively. However, the exact quantification of economic behavior becomes available only from the macroeconomic observations.

Macroeconomic behavior or the collective action in an economy is affected by two important sets of policies. The first of them is the fiscal policy of the Government, consisting of how much resource it is collecting from other economic agents in the form of tax, and to what extent it is then effectively returned to them by way of public goods or subsidies, direct or indirect. The second is the monetary policy of the Central Monetary Authority that controls the supply of money in an economy, and whose actions are closely related to inflation and interest rate.

In addition, in case of trade between economies having their own respective currencies, the exchange rate of those currencies relative to each other and relative to other currencies also impact international trade, and depending upon the proportion of such trade in their total economy, can have significant impact on those economies. These monetary and exchange rate impacts are usually the subject matter of macroeconomics and deeply influence the macroeconomic picture. 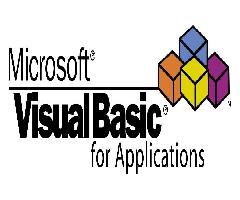 Visual Basic For Application-vba Programming - How It H

Visual basic for applications is well suited for almost all the tasks relating to Financial accounting and Reporting.. 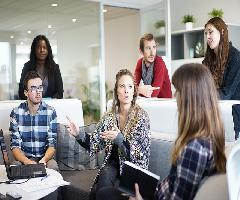 Some Important Characteristics Of Business Environment

This article is about the business environment. It discusses how the various characteristics in which a business runs influence it.. 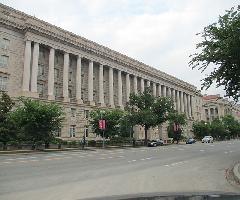 Why The Self-employed Are Audit Targets In United State

Self employed can face income tax audit in United States either as part of the usual sample testing, or because of certain triggering information related to them that gets flagged by the system during risk assessment of taxpayers. It could be due to unexplained behavior on their part, or due to other factors.